For this test im taking some advice from the lecturers at my pitch and working on one of my own characters. This is a character i came up with a few years ago on the way back from collage on the bus.
I don't have the original sketches but i did some new ones in Crayon: 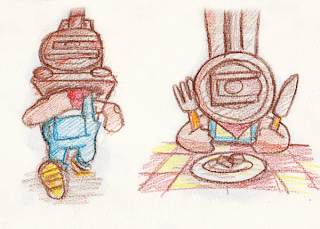 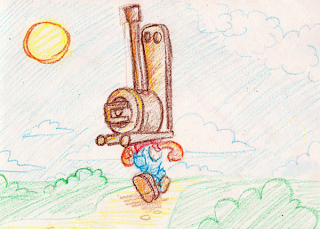 I also wanted to do the charcoal images as i though it may better sute the nature of a mucky train face boy.

I made the mesh rigged it and animated it back then so thought i could just add textures to look like Crayon/Charcoal. 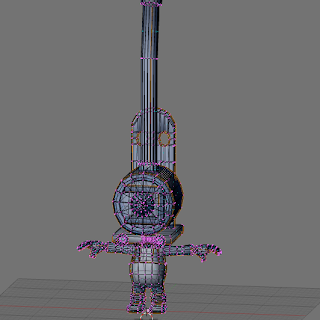 I remade the UVs as i have gotten better at UV mapping since then. 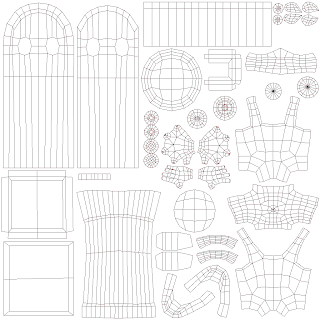 I then printed the UVs out and coloured in the areas using crayon and charcoal.
This was done twice to have 2 images to flick between to add the more sketchy hand drawn feeling like in limited hand drawn animations.

Scanned them in and touched them up in Photoshop to match up and colour correct. 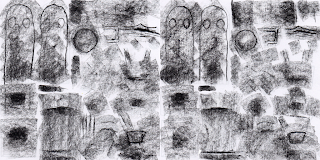 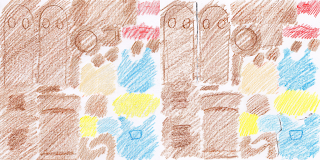 Next step was to make the outline.
I did this in the same way as the knight example.
Duplicate the mesh,scale along normals, inverse normals so faces are pointing inwards, apply outline image made from a segment from the hand drawn uv map.

The charcoal map worked a lot better in this test. 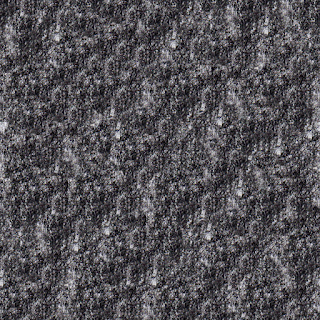 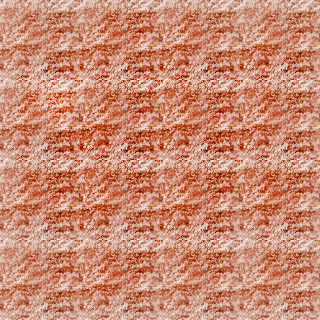 Then a displacement modifier was added to the mesh with a cloud image generated in blender.
One thing i did differently from the knight test was i used a different cloud map on the second outline creating more edge variation instead of just a double border.

This is the crayon with the crayon outline x2
it looks soft and like crayon drawing. the texture also animates. 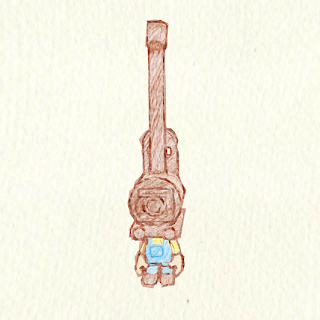 In this on its crayon again but this time i expanded the mesh and used the same texture with a slight colour change to darken the values to make a context aware outline, ie the yellow arms have slightly darker outlines. The brown in this seems too harsh when compared to the first image. 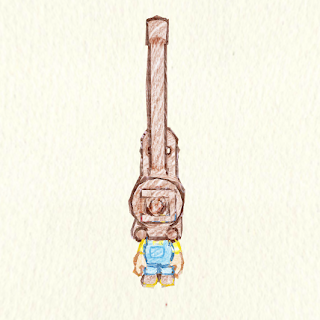 This image shows the first of the 2 charcoal tests,
this one has an animated texture and animated outline, the dynamic changing in outline works will with the overlay of the 2 outlines and creates definite dark areas. This one is charcoal again but i applied the displacement modifiers which means it dose not wobble like the other examples. the way the displacement applied was different to the way it was previewed which was a little annoying as i didn't get the sharp contrast and strength in dark ranges as in the first charcoal test. but in action it looks more peaceful than the above test.
Charcoal may do with a slightly cooler paper colour. 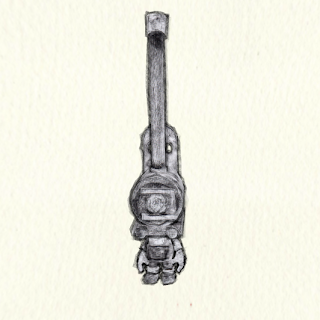 Heres the video of it in action:

Will hopefully work more on this test in the near future. Mabie a small environment to see how each effect looks in context to the characters.

This test was a success and i really like the first crayon test and both of the charcoal tests they all have there uses in a game weather its having a non wobbly outline at a slow paced part of a game and a crazy wobbly outline when the pace picks up.

I dont know why i didnt upload this earlyer but here is a video of TFB in an enviroment, i made this soon after this test.