I remembered in last weeks class tutorial last week that I should have a look at this short film again , its  a bit out of season but still relevant.

Based on a children's book the film was released in 1982, and its a bit longer than i remember , mabie I think more of the iron brew version.

Made with hand drawn pencil drawings with layering effects.

Things only get animated when they need to. ie, backgrounds stay still and lines don't wobble , similarly when characters stay still there is only 1 image unlike other newer animations which put an extra frame to wobble back and forth to, to keep the sometimes off-putting movement consistent.
When a character dose move however they shading seems jumpy and messy but this adds the style which give this film its charm. When things are moving they almost have a new light source intensity and position every frame this is inconsistent but a key part of this style.

Level of detail: As would be expected thing in the background have less detail and as they appear smaller in 2D they also appealer to have a thicker outline. But it is just the same thickness.
At the part where they are looking at the motor bike the outline gets much darker and bolder when they get closer. 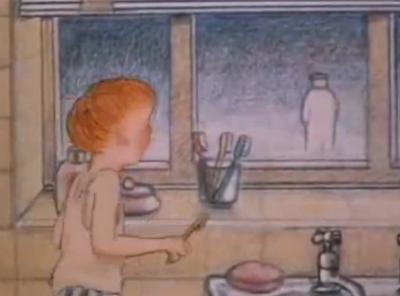 Solid drawing: Although it tyres to keep the illusion of 3d sometimes there is the odd frame which is the wrong shape or sizes but again this s gives the film a childlike charm.

Backgrounds: when James and the snowman are flying in the air the things they see towns and hills and lakes. All these things have a very weird perspective and camera moves on them and some are drawn very primativly as they do not require as much screen time and a few lines can pass for a tree. These are all indevidualy drawn which is what gives the effect of weird perspective. 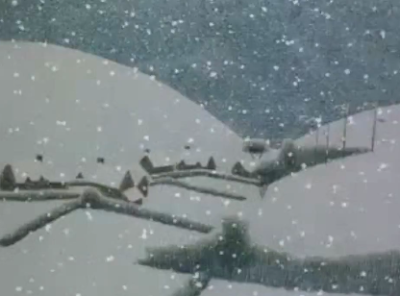 When they are aproching the dance in the woods the trees move in a parallax fashion with 3 or 4 layers of detail but these images are static and are only being moved not redrawn every frame. because of this it makes it very difficult to deduce a method to replicate this inconsistent style of fully animated to limited animation. 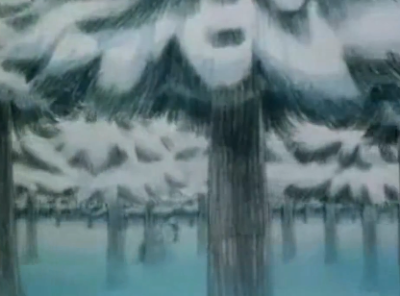 I may revisit this film later on and look again for things which jump out at me to be relevant but that's all for now.