Ok so not updated in a little bit , iv had a break since Ludum Dare. Bought a lovely iMac and got an ipod touch for xMass. (dont trus ebays increase maximum bid button and the help team is usless)
mee with mac and ipod touch and old mac 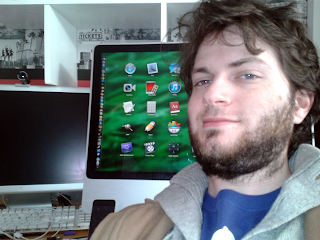 the old and the new 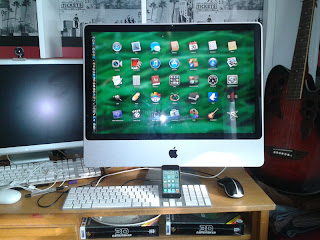 This has been a little destracting as iv been getting everything ready to work on the mac and preparing for IOS development using unity 3d and xcode.

In the past iv only been able to test unity games on pc and a low end android phone. Mabie one of my future media tests will be on ios or android! (depending on hardware limitations to achieve the effects i need)
I asked a question on unity answers to find out if animated displacement maps and shadow masking is possible.
here: http://answers.unity3d.com/questions/371539/some-blender-transitonal-questions.html
Awaiting reply

A Study of The Snow man and the snow dog coming soon to pair nicely with the breakdown of the original snowman on my blog found here.
http://alshonours.blogspot.co.uk/2012/09/the-snow-man-quick-studdy.html

The interesting thing about the snowman 2 is that it has a game released along side the film. I was planning on making something similar to emulate the original before i herd about the snow dog.
The game dose a good job but misses out on some key features which define the style. I will look into the making further and make a point in the post about the snow dog.