Throughout this project people have been referring to the style of bob Godfrey in his cartoon "Roobarb" and Custard. I to was influenced b the hand drawn random styles in this project and today decided to make a Roobarb whilst my proposal is being looked at by Ken.
This test will explore the wobbly line technique and random water colour fills. Plus I want to use it to get used to the new blender 2.64 as iv never made a game fulling using the newer versions and want to take advantage of some of the features.

This is the final screenshot, video at the bottom 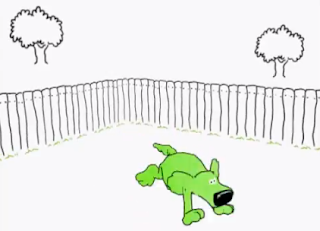 So here is the cartoon intro from the 70s if no one has head of this before.

i did some looking on google for some refrence images and found this: 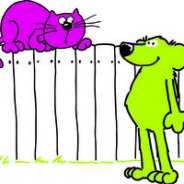 This was the more modern approach to Roobarb called "Roobarb and Custard Too" whichc used new computer aided animation techniques but is still in 2D.
From this image I made this ortho refrence: 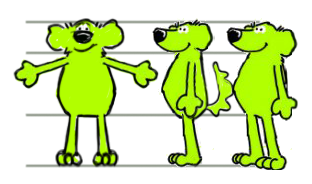 For modelling I took a new approach which blender offers now. The skin modifier, this allows you to create a really quick base to further refine later, main purpose is for base mesh for sculpting.
This is how it works: 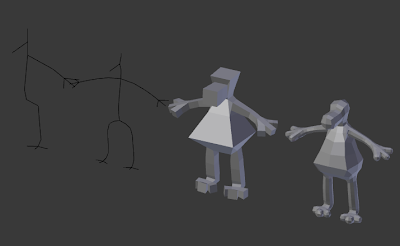 A bade is made using simple vertexes and edges , which is then mirrored  then has the skin modifier applied and then the sub surf modifier. This proses is all done at ounce and can be dynamically edited at the stage on the left, just wanted to show what all the modifiers did. This offers a quick srat modeling solution  similar to zSpheres in zbrush.
After some tewwking i had this base mesh. 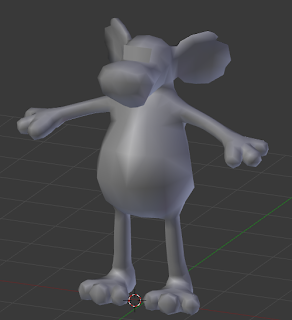 luckily doe to the nature of a fill character like this  there is no need for uvs except the areas which have drawn detail like the eyes and nose. These areas have there own object and are scaled along the normas to avoid texture flickering.
Here is the map for the nose and eyes, I haven't made a flickering one yet but will soon. 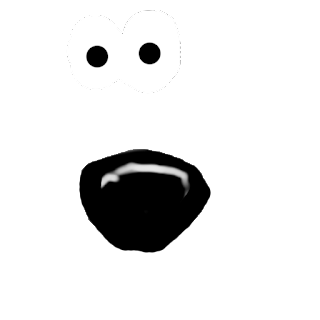 I made this texture from some scans i made at the start of the project, this will be used as the fill color for Roobarb. 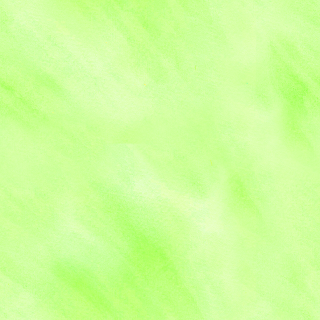 This node set up is simple as its just applying an image in the view space masked by the geometry outline since there is no shading needed. I added a RGB curve node to enhance the colours. 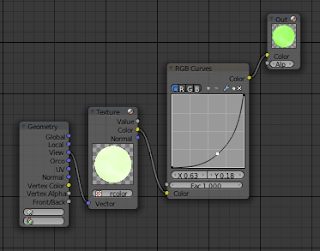 This is what it looked like with the node applied: 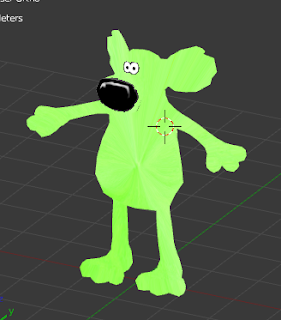 And with an outline in the game engine(scaled mesh, inverted normals and some vertexes moved inside the original mesh to create gaps in the outline, like around the ears): 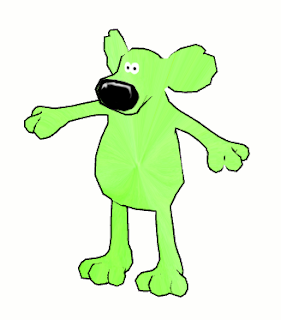 I then tried the new blender riggify add-on, which adds a base rig that you move to fit the character and  when you press the generate rig button it adds all the constraints and stuff need to animate with ease.
I tried this but I did not like the result from the generated rig, it was overcomplicated for a simple game rig. So I just used the one which is added to begin with.

I also noticed that unlike older versions of blender, to unlink the armature to the mesh to start again from scratch you have to remove the modifier in the stack where as before you just pressed alt+p and it separated the parent relation ship and removed the modifier. I didn't notice this at first and the mesh was moving more than the rig was which was frustrating as I weight painted it 3 times before I found this out.
I then went on to animate a run cycle, mimicking the limited animation in the cartoon. This worked and I played the game. It has a rabbit on crashing when exiting the game. I did this time and when I opened the file the run animation was gone  :O. Turns out they are not packed/saved automatically any more you now have to click the f button next to the animation to make sure it is packed into the blend file. Grr so I animated it again but a lot faster this time. Oh ye, one other thing , the key frame menu use to be better too. It remembered what position you were on it so you could always quickly press I then click and it would do that same every time , now it moves around depending on where you are on the screen which has often left me going to the next key only to find its only keyed the location and scale and not the rotation . :(.
Anyway then i made an image for a fence to make a simple environment.
Again this uses 2 images which are drawn slightly differently to add the hand drawn feel. 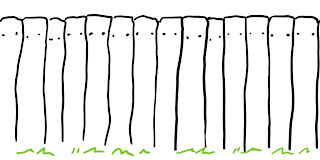 This worked well so then I made a tree which looks at the camera and flickers between 2 images. 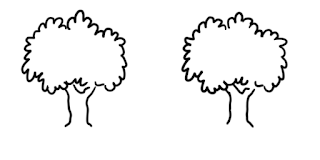 At this point it crashes every time after I run the game so it takes ages to test anything.
Here it is in action

This test turned out ok I think there is more to be done for the outline and apply a better eye traking thing like in the Halloween demo. But for now its ok. I would like to turn this into a runner game like temple run or something and collect bones. But that's if I have some spare time and don't wanta start anything new. The trees and the fence I think were particularly good in this example, they are 2D but they exist nicely in a 3D space and contain the charm from the original cartoon.