During pitch presentation Lynn mentioned jokingly that the game would be finnished by crit week , so though it only right to aim for a first pass of all the levels by then at least.
Iv already did the first pass of the watter color and have started on the house interier.

Levels to do:(first pass, most objects needed for the final game)
House
Pop-Art
Watercolour
Charcoal
Oil Pen
so far this list I'm already half way there.
Hopefully can keep up this speed.

I just used standard techniques mostly for this test.
And most of the assets used are from the previous train face boy test. 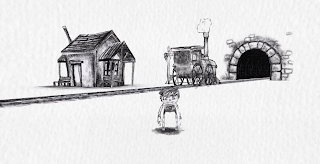 the tunnel-
I used a similar fog set up to a previous post but instead of flat colours I used uvs and textures, so the tunnel apeares darker the further away it is.

Heres the nodes for that: 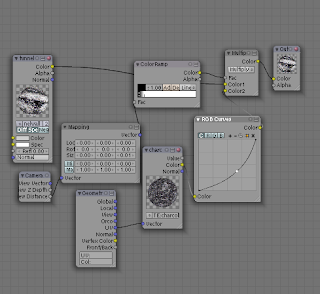 And heres the result: 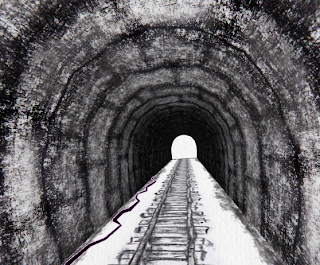 Im still not to happy with the tunnel, i dont like that the texture is noticeable tillable, it was worse before, which is why i added the fogging effect, also it looks too clean and the ground shading dose  not match the walls yet

Still need to possibly add train carts, the train looks a little light and flimzy, might fix that later. some could have some randomness but not nessasary.
Make shadow plane stick to the ground.

And heres the game play in action: