With the showcase coming ever closer I decided to re-do my application form and get it approved soon. I heard back from Clare and she seems ok with the new idea.

This was the original application, I pitched to have the space look like the gallery from the game with red wallpaper and multiple pictures which  have monitors in them and they would show the final game and a slide show and other videos form the project. 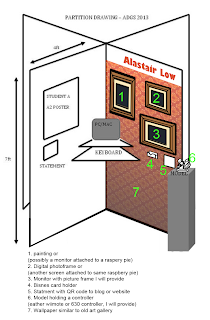 This is the revised plan. Now instead of mounting loads of monitors in frames on the wall, there will be only one monitor but on an esil. 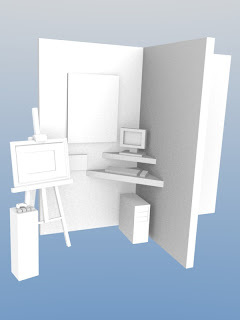 And this was the mock up for a single space away from a booth. 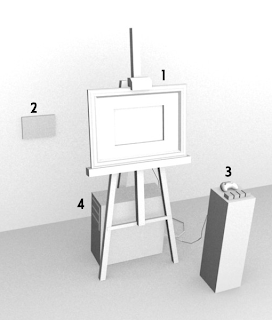 The final choice if this dose not work , is to project the game onto a large white space with a frame.

This is an old broken monitor I had in the loft and a frame i get out of a charity shop, not as fancy as i wanted but thought it could be a proof of concept if i got it mounted on the frame and on an esil. 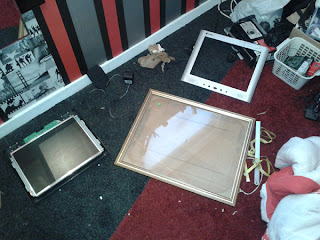 This was the level of decorative frame I was looking for but this one was 30£ and that seemed to be the price online as well. 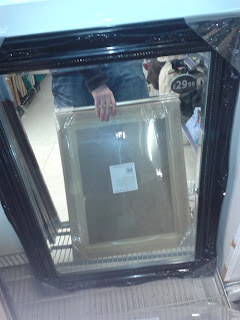 The next day went to the carboot  and got this stuff 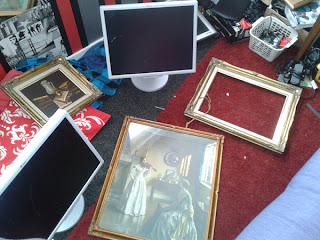 I tried this on an esil from the loft but its too flimsy and the clips only just stick out enough for a  frame . But iv been told i can borrow one from Abertay which are a lot sturdier and hopefully has bigger clips. 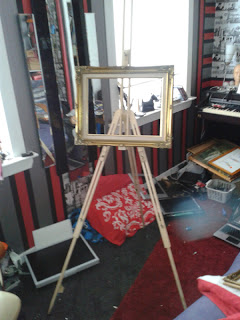 Luckily the monitor was exactly the right size for the frame, which is 20.1 inches 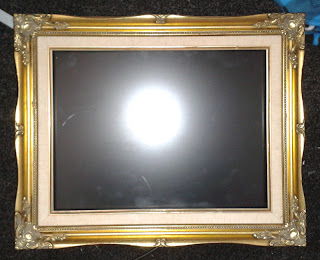 Unfortunity 1 monitor didint work , powerd on but a large crack on the screen
and the second has a smaller crack at the bottom but might get away with it if i doubl mount the screen but im gogint o look for some monitors at the recycling centre in dundee. 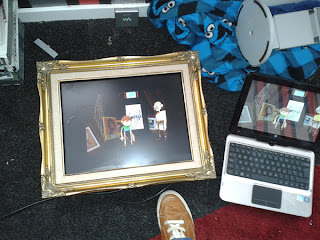 to be continued!!! in dundee adventures.

UPDATE!
Found out Where I am in the exposition ...
The HMC :D The fancy bit , I think I'm sharing a booth with Sam. So guessing that its sill the 4 corner wall set up things.
Also they speld my name wrong on the email so might need to tell them that so they don't get it cut wrong in vinyl for the booth.(I emailed and its been changed)

And heres is the new monitor in the frame : 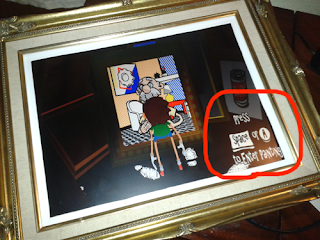 One small problem with this is that the frame is a diffident ratio to my laptop monitor and i had to add a paper mount to cover the edge of the lcd. This creates a slight overlap on some of the text , its all still readable but not the neatest.
Il try to fix this, if its an easy fix. ie just changing the camera settings in the game I'l update it but it might mean that i have to reanimate all the slide in text boxes and stiff and i don't wanna do that because they all basically match up and that would be annoying to fix.

Anyway I'l see how it goes.