After Thursdays group showing of work I feel I'm still stuck in the same place with my question but I took Lynn's advice and wrote a case study of unfinished swan which I will post here as a word doc after iv went over it again so as not to spoil it acsidentaly for anyone. It got a bit out of hand as I talked about the entire game. This turned out to be more than 3000 words witch I think is good practice for the lit review due in 5 weeks :S. I thought everything was so worth talking about so not only does it talk about art but it may also serve as a semi walk through :P. Also the original demo for this game is soo amazing, it messes with the players head and contains the most memorable level in a game iv played in a long time even though its in almost complete darkness.

In doing this case study I have came across some key themes when talking about the style and how the style of the game reflects the story throughout. Back to the talk I am sure everyone liked what they seen and plan on making a lot more in the future. As far as practical work goes I'm sorted and I'm getting really comfortable using node editors and creating the models and textures to create the desired effect. That being said there is a few tests I have been thinking about and will try soon, one of witch is normal mapped oil paint.

And the lit review I thought I hit gold the other day as
I found a series of lectures from Sigraph found here.
http://graphics.cs.williams.edu/courses/SRG10/ 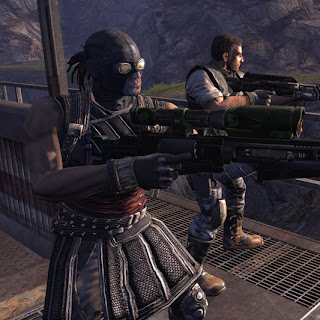 There is a quite detailed section on how borderlands got its facelift to hand drawn style, and as many of the arty games v heard it was due to time or technical limitations along with trying to stick out from the crowd of overpopulated hyper real games out there.
Also gave in a downloaded the team fortress 2 illastritive rendering paper and found some terms which helped lead to some other links. Pdf here

Also found a paper talking about post modern approches to shaders for dead open source games.
http://dl.acm.org/citation.cfm?id=2159660
This is a link but not the one il post the actual link whne i find it again.
Stay on the look out for a Halloween surprise this week.
Labels: abertay alastair low Concept Development personal developement personal development reserch shaders