I randomly came accross this book that some one was reading.

Its basicaly a colection of the artist Scott c's work.

His style has so much charm and his work varies from children books to art director on video games. Most notably Psychonouts.

Heres a video well worth the watch about him and his story:

Anyway back to the test:
I was working on using displacment maps to achave a techniqu called pologon painting. its a render time effect produced by rotating a greyscale image at a speedwhitch matches the framerateand applying motion blur.
Video descibing the prosess:
http://vimeo.com/5660045 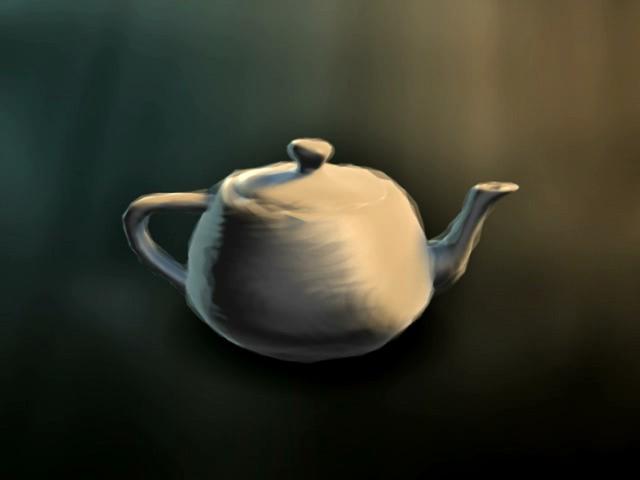 only problem is this is render time not real time.

(Displacement map is a greyscale image whitch unlike normal maps whitch only change the reflectivness of an object, displacement  actualy deformes the mesh meaning that there needs to be more pologon detail there in the first place.)

Heres some render time tests i did on a simple cube with a wattercolor textured cube and a cube with inverted normals for the outline. I was realy liking these effects as still but in animation it didnt match the framerate and i couldnt figure it out.but didnt want to spend any m,ore time at render time tech. 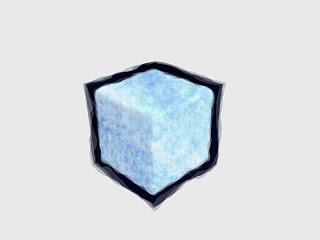 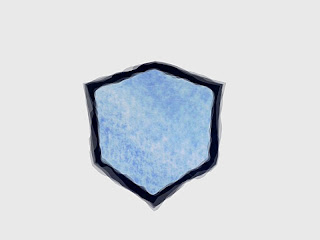 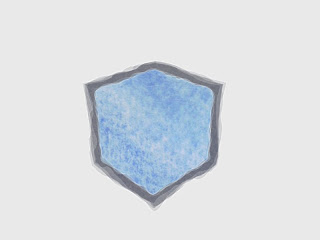 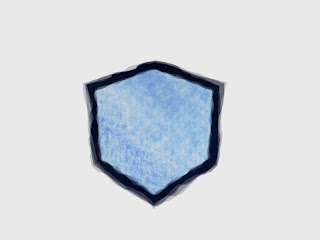 I love all the images in Scott Cs book but I thought I should start way something simple to recreate in 3d. I really liked this series he did called Adorable battles: I modelled this knight and textured it using a water-cooled overlay in Photoshop, and did a quick idle animation.
Model(393 faces): 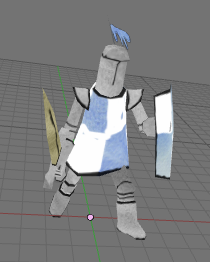 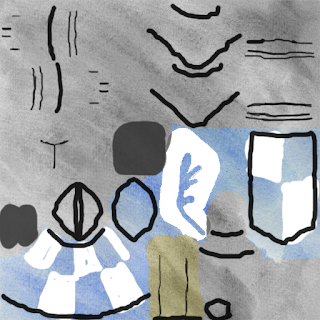 I duplicated the mesh and inverted the normals, then added the displacement modifier without the link to the empty and played in game engine. To my surprise and delight the displacement was animating on its own. I investigated further and realised that by not attaching the empty and the hook. The modifier was using normal direction and of course when a model is being animated the normal angle changes. There fore creating wobbly outlines :D. What a "happy accident " Peter Rustle, my skating and water colour class teacher at smith gallery Stirling. (how fitting it was a happy accident whilst working on a water colour 3d visualisation)

With outlines and background paper texture: 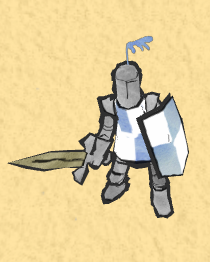 This test shows that like in traditional painting even in 3d work there is  such a thing as a happy accident and the art creation process isn't that different in the unexpected department.
The outline needs some shaders attached to it to create a more painterly texture but getting wobble in game engine using displacement was a success. There is also some posiblities opend up if this normal option allows data froma normal map to change effect the mesh in game but that seems like a long shot might try that later on.

update:
Did some more work on the outline. First thing was add an alpha channel to it allowing the paper behind to show. 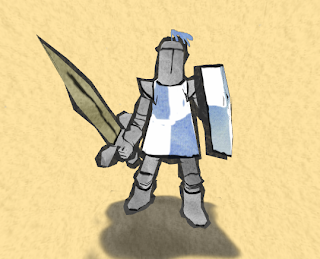 This lone didn't give enough texture and the actual outline of the outline was obvious, so I added another duplicate , so and outline of the outline also with an alpha channel but with the black values turned up a lot more creating an outline falloff and softening the hard edge from before. This dose up the poly count by a lot but as technology is progressing the levels of polygons in these models seem like nothing. Also added a quick shadow, looks on in the still but is weird when it moves, needs some animation.
Base mesh 392 faces, outlines 1568 faces(the outline is a lot more dense to add outline variation when the displacement is applied) 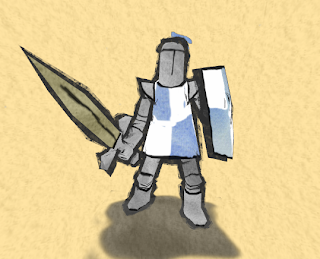 I also made the monster from the picture which didn't work out too good as the outline keeps showing through where it shouldn't , need to try a different cloud map as the displacement of mabie just a lower level. 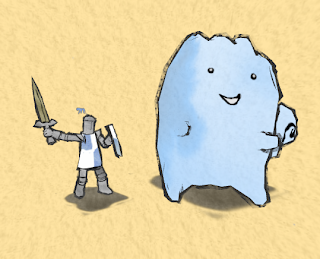