So hers the development of the main character in the game who is still for the time being called boy.
As in the last post here is the sketch:

And here is the first draft of the 3d model 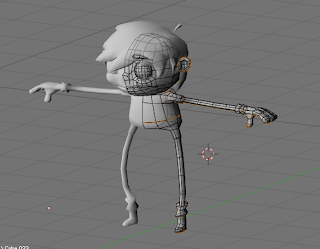 I textured him and then he looked like this, the hair is still a newer texture. 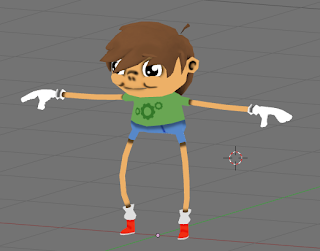 this was obviously a verry quick first attempt at this texture and was just too see if stuff looked right with color and all the uv pieces made sence.

I then baked an ambient occlusion map of the character
since some of the elements are mirrored i had to delete any bits that were mirrored so that i didint get overlaping baked areas.
i made a duplicite mesh and deleted the bits.
this is what the mesh looked like after it was baked 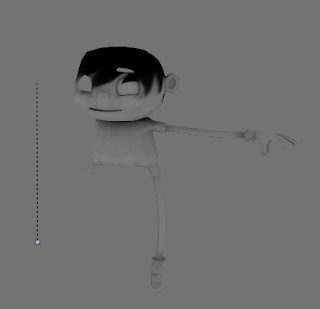 Also found a button which saves a lot of time in Photoshop with seems. Im blender next to the bake button there is a margin slider(which bakes more pixels beyond the line of the uvs), if you turn it up to 4 or 5 ish seems become less noticeable(no black lines) and ao maps can be blurred a lot easier in photoshop .

I then took this bake into photoshop and mixed it wa the base color layer from the origonal texture and got this(the hair is in a separate texture): 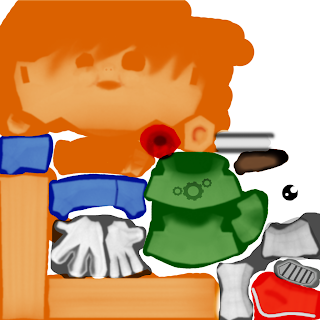 And here is it applied to the model: 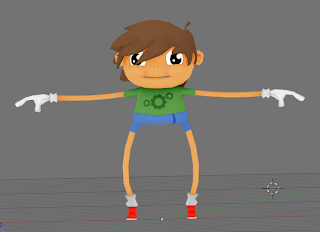 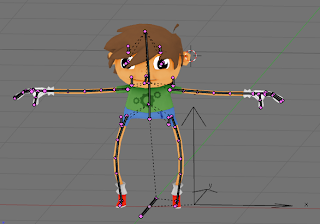 i came into the problem on the eyes that i had made them not sphere at some point and that made the eye bones not work so i added new lower poly eyes and made them smalled aswell and a bit forther appart to fit more with the origonal sketch. 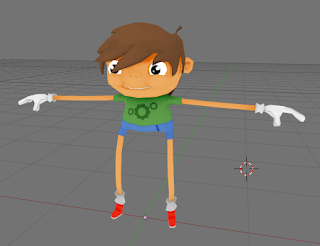 And then i animated, He is realy fun to animate. And the rig worked so that i could copy and paste the reverse pose for the other side of his body , so making a walk scycle only realy needed 2 poses

Here is the first pose : 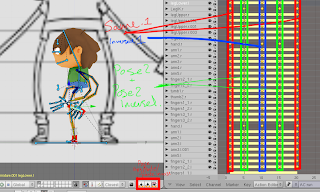 This images shows the way i do walk scyles now, only using 2 poses, and inverting them for others

and here is the animations iv did so far:
idle , walk, run, sneek