So I somehow managed to grab the last ticket for the scottish game jam in dundee.
There were 50 places and i thught they had allbeen taken months in advanced but a randow twitter notification showed me that there was 1 space left.

I went withought a team but got grouped with 2 awesome people (Rory Jobson and Gregory Goltsov) buy chance and then we recruited (Jonathan Brodsky, from lucky frame)

We brainstormed the first ngiht about the game design whitch stared off with the standerd insparation from the jam theme , heart beet. So the characters and stuff were pased around heards and beeting . But we came up with an idea and then reskinned it with bears and bees as we wanted something whitch could get bigger and smaller to represent life and amount of push left. we were thinking baloons balls, engines ? and other stuff but when concepting skins Rory drew a bear whitch looked like a calin and hobbles image and i just thought ye that woudl work. Whitch also set a definate art style.

The next day we started to make stuff rory cleaned up the bear sketch and made a front and side drawing for me to make in 3d but i had almost finished the 3d bear before he gave it to me. Just had to adjust some details like the ears and back arm size, nothing major.
Then i textured ,rigged and skinned it and animated it . 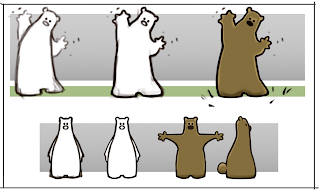 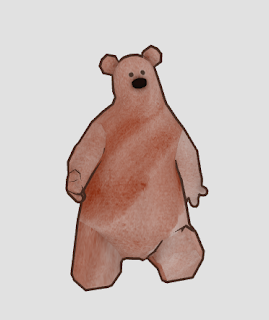 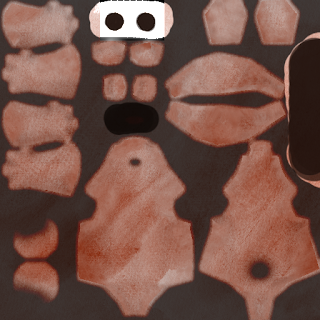 This was him after some tweeks and input from Rory and after fixing the seems: 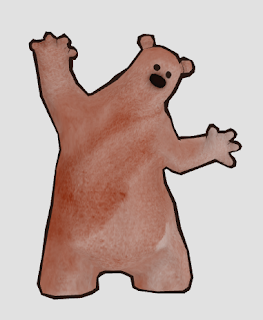 This caused seems whitch break the ilusion of it being 2d, so i found a way in blender to clone textures from one part of the mesh to another whitch i had never noticed before. I painted over the seems and it worked realy well.
Then after i get everything rigged i duplicated the mesh , scaled along the normals and added a displacement modifyer witch i then applyed and merged the 2 meshes to it was 1 object. Jonathan mentioned that he has used blender before for import into unity and that he just used the raw .blend file,  insted of exporint to any format. this make it easyer in unity but looking back made ait a little harder for me in blender as i had to delete all my junk layers otherwise they showed up in unity as it dosent know what layer to show.
I got the bear made by about 2 on saterday and started on the envirnoment.
We were confused about what angle the scene should be from. I origonaly thorugh that we would have flying bears in a 2d sidescroller fasion but the pogrammers made a horosontal area whitch worked good but meant that a nice background whitch Rory had been working oh was no longer needed.
SO i took over the scene work and Rory went on with a comic / animation for the start of the game.
I only made 1 tree in the whole scene and the rest are just modified versions of it, rotating th trunk, moving the brnanches and the leaves, and finaly changing the textures and removing the outline for the trees in the background to match the original art.

This was the origonal sketch i did of the envirnoment: 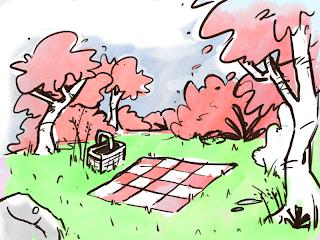 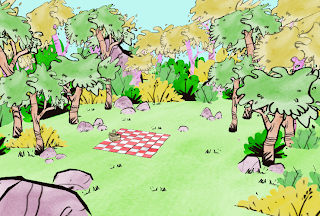 Heres the watercolour texture i used for everyhting: 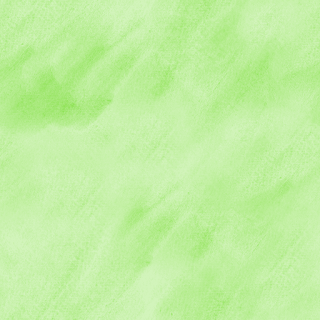 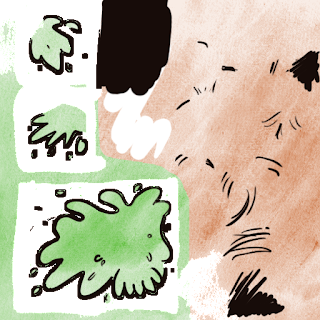 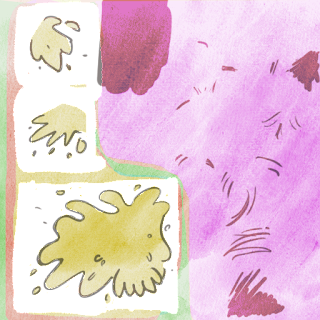 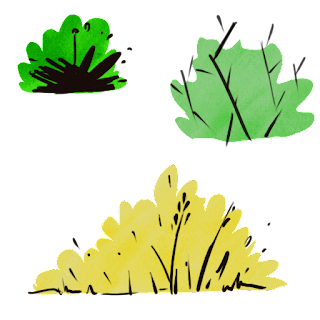 After i textured everything we dicided that we wanted the trees to move to keep the beet.
so i merged all the bojects with the same textures to mkae stuff easy, then creates an armature in the moiddle of the scene and bones at the base of every tree, then i weight painted each tree whitcn didint take as long and wasnt as hard as i thought it would be.
then did a quick rotation on them all and inversed it to make the animation.


Heres the game in action: