So right now Im organising files for my submission next week and found some old tests / files that i never uploaded to here , so now's there time to shine. Starting with Chowder, i mentioned the texture in a previous post and how it stays whilst the characters move. And I had only found out how to do this when i did this test. I ran into troubles when i had multiple node materials on a single mash object. But after revisiting it i split it up into  seperate objects and it works now.
so hers a picture of chowder,(Sorry if i have already posted this already)

I tryed to find someone elses models at first so that i could jus focus on the nodes but couldnt fina an actual file. But i did find a model someone made of him, here it is. 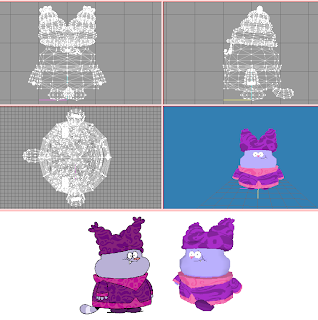 And here is the final result of mine 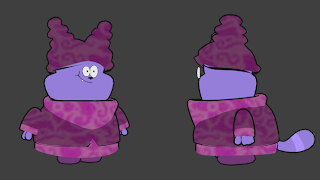 here is the texture i used 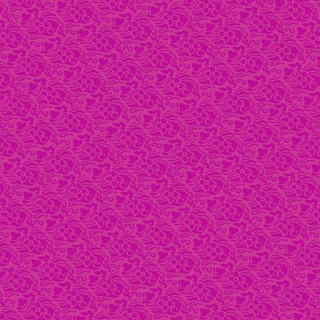 the face could really be inproved but i was just posting this as something i forgot a bout so didnt want to fix it. The same can be sed with the outline of the hat, i tried tweaking it a little but stoped.

And finaly here it is in action, only made it spin for time reasons.
I also learned that sometimes blender dose not like node basde materials being used on more than one object in the scene. If it is it will sometimes only show only 1 of them.
Labels: 3d abertay alastair low blender cartoon Concept Development nodes non photorealistic npr personal development Pre-Production shaders